WE MADE JACOBA FC HISTORY!

This weekend our senior boys went out and did the academy so proud, by bringing home the league title.

With just one game to go Jacoba was sitting 2nd on the log with 14 points. Our opponents Queens Park FC where 1st with 16 points. It was a must win for us to take the league title home.

It was a tough first half and we went into the second half 2-0 down. Queens held off nicely, where their strength and physicality worked for them.

Second half started off well as we had a lot of ball possession. An amazing striking goal outside the box by Mondli Nzama helped us to keep Jacoba FC  in the game at the 58″ minute. We found our spirits lifted and the fight was on again. Quick counter attacks where at our advantage. An amazing goal built up from the half way line putting Ernest Mokgoatsane in firing range which led us to a beautiful goal putting us at 2-2 at the 78″ minute.

We needed to score fast as time was ticking. The supporters where amazing, shouting and raising the teams spirit, giving Jacoba the last push of energy they needed. We found ourselves yet again in an attacking position. Our young right back Gerald Rampyapedi played a class strike,  passing the keeper into the left hand corner at the 87″ minute. Everyone jumping up and down celebrating as we where minutes away from winning the league fighting back to a 3-2 victory.

Jacoba FC entering the league for the first time ever, won the league title 3-2 against Queens Park FC.

A big thank you to all the supporters that where there on the day, HISTORY WAS MADE! 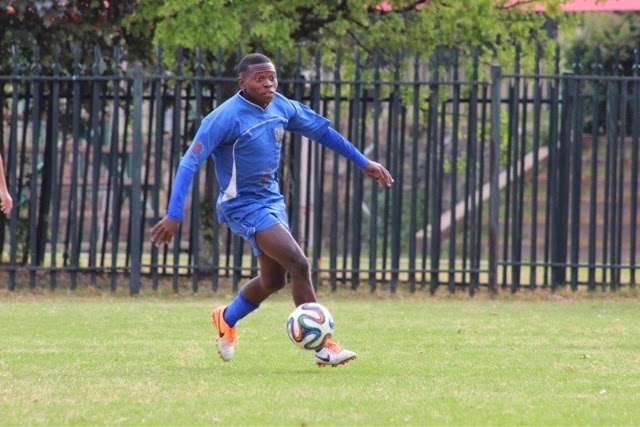 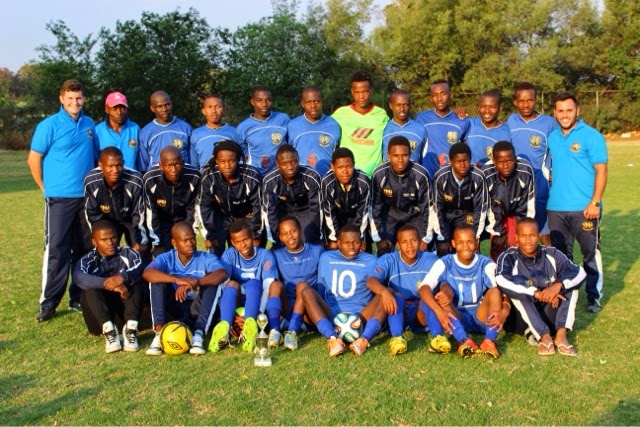 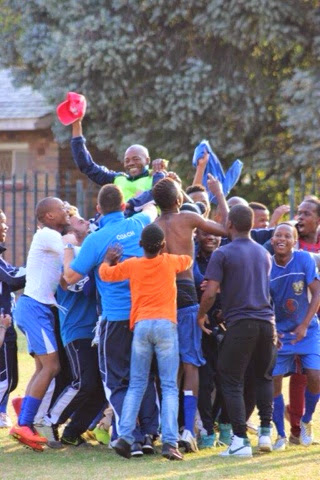 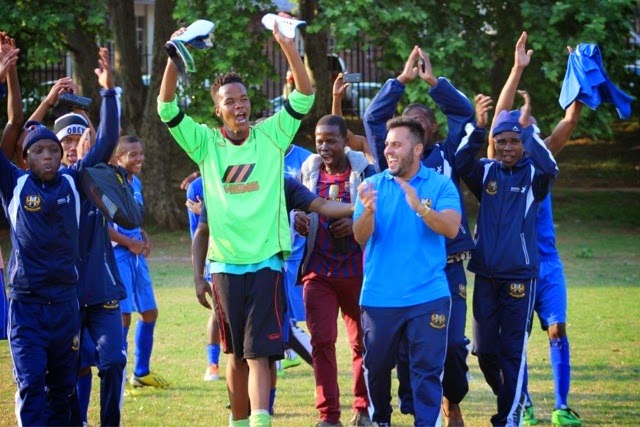